Analysis on the deformation of slewing ring in machining

Slewing ring is a kind of large-size thin-walled parts, widely used in construction machinery, wind power and other fields. The slewing system of slewing ring is redundantly driven by the meshing of several circumferential distributed pinions with the inner ring teeth of slewing ring, so the deformation of slewing ring will affect the meshing condition of pinions, which makes the load transfer between the axially distributed pinions and bearings different. Under the same step control condition, it is easy to cause the eccentric load of each pair of gears, Therefore, it is necessary to discuss the circumferential deformation characteristics of bearing under load.

The overall performance of slewing ring depends on the dimensional accuracy and form position deviation of the ring to a great extent. The deformation of the ring is an important problem for designers and technologists.

Due to the local induction heat treatment, the cooling of the whole ring is in an unbalanced state, which leads to the effect of thermal stress as well as the effect of microstructure stress. Because the influence of thermal stress on the ring is opposite to the organizational stress, the ring of slewing bearing not only shrinks as a whole, but also deforms locally, which increases the out of roundness of the ring. 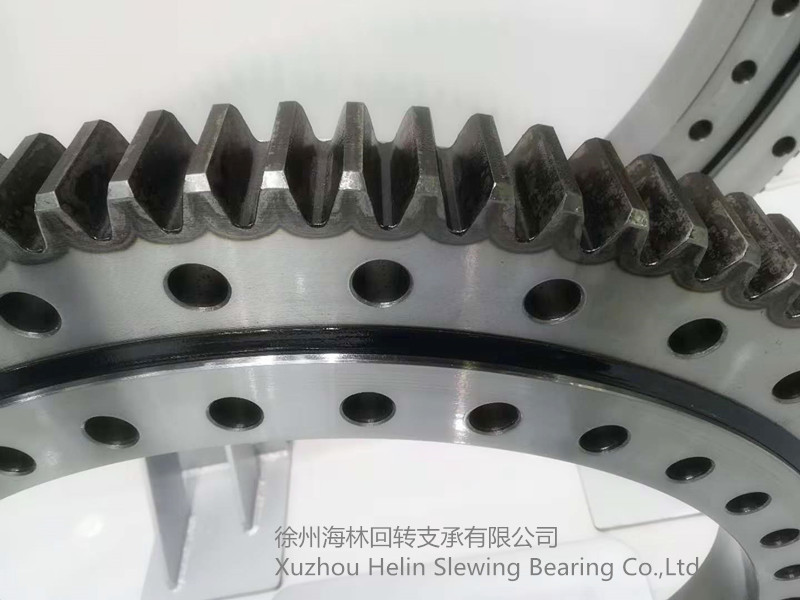 What is the difference between single volleyball slewing ring at home and abroad?